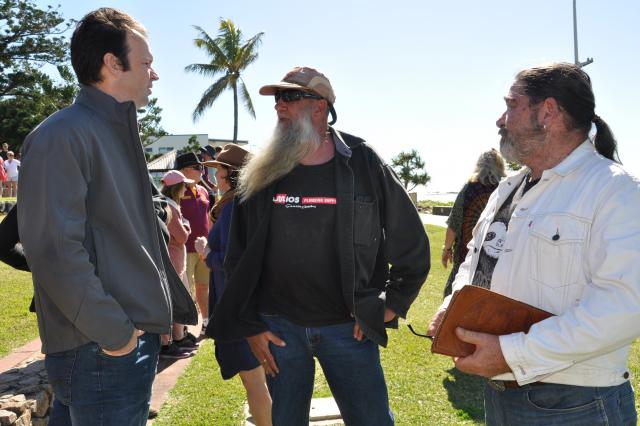 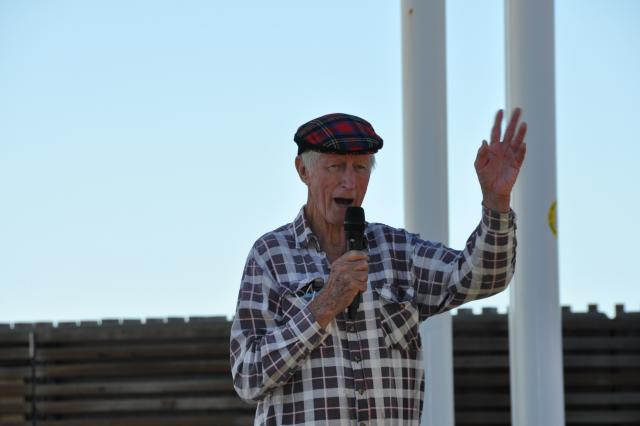 The rise in juvenile delinquency in central Queensland prompted concerned resident Tamara Jensen to host a community gathering in Yeppoon over the weekend.

Around 150 people gathered at the Yeppoon Foreshore Amphitheater on Saturday, July 23, including Livingstone Shire Police, the Mayor and Councilors of Livingstone, Keppel member Brittany Lauga, Senator Matt Canavan and community members frustrated by the rise in juvenile delinquency are on the coast.

On this day, several speakers had the opportunity to ask questions and exchange tips.

Ms Jensen said her husband is a seven-to-seven worker, so she is home alone a lot and fears for her safety.

“We have to control the areas that we can control, we also have to have each other’s backs.

“I wanted to find a way for people to connect and share safety tips so we can all feel safer in our homes and at work.”

Police Inspector Mark Burgess said he understands how upsetting and traumatic it can be to become a victim of a crime.

“Overall, the Capricorn Coast is still below the state average for robbery, assault and illegal use, which doesn’t make things any easier,” said Inspector Burgess.

“What we are seeing are peaks in time across the region.

“These criminals are looking for a simple result, they walk up and down the streets checking car doors, open windows and access points.

“I understand most of my officers prefer to live on the coast, it’s beautiful here and we all like to open the windows and let the cool breeze in, but we need to secure our homes to minimize the risk of that.” opportunists take advantage of this.

“We know people are frustrated, but it’s our responsibility to catch those people.

“I beg people not to take this into their own hands, it could end very badly.

“Help us help you by locking up, don’t leave things lying around, hook up a CCTV system if you can, cheap ones are available from Bunnings and please remember we are relying on all available evidence.

“The more evidence we have, the greater the chance of arresting these perpetrators.

“Write down things as they happen while remembering all the details, take pictures with your phone and most importantly, report any incidents to the police.”

Inspector Burgess said seventy incidents had been reported to police on the Capricorn Coast in the last financial year, which equated to about 1.5 incidents a week.

“Since the start of the new financial year on July 1, 2022, ten incidents have been reported (there were more over the weekend), the number is increasing and decreasing,” he said.

“Most of the reported crimes are non-coastal offenders, most are from Rockhampton and other areas.

“It’s important to report these incidents so we can ensure our officers are patrolling the right areas.

“We are looking into more community crime prevention sessions to help people take some control.”

Brittany Lauga, a member of Keppel, said no one wants crime in their home or neighborhood.

“There is a lot of fear in our community right now, people are concerned for their safety,” she said.

“I have met and spoken to people affected by crime and the most important thing is to understand that you are not alone.

“Ninety percent of all crimes in our region are solved, the perpetrators tracked down and brought to justice.

“Courts are handing prison sentences to juvenile offenders, and hundreds of them are currently in prison across the state. Unfortunately, youngsters can learn new tricks in prison.

“In determining the sentences, the court takes into account the safety of the public.

“Our biggest challenge is to stop these people from re-offending.

“We currently have youth rehabilitation programs such as Transition to Success and Project Bouyah, an early intervention program.

“So far, over 100 young people have taken part in the program, with a success rate of over 80 percent.

“We need these young people to get them back into life-changing school, work or education.”

Resident Peter Hutton said he used to know his neighbors enough to wave until people in his own area were hit with repeat crimes.

“We recently formed a neighborhood watch of sorts where we all actually met, exchanged names and contact details so we can talk and report anything suspicious or out of the ordinary in our area.

“It has made a difference, just a simple phone call to a neighbor can help when unsure of suspicious behavior.”

With a wink Mr Hutton said if you really don’t want your car stolen you should get rid of the car and buy a manual because these young people don’t know how to drive a manual.

Mark Cutajar of the Caves said one of his concerns is the police response time when an incident is reported.

“These juvenile delinquents may commit three or four more burglaries while we wait for the police to arrive,” Cutajar said.

“There has been a lot of talk about doing something yourself.

“I know an elderly gentleman who had his wallet stolen by his bed while he was sleeping.

“He and his wife are now scared in their own home.

“Response times need to be improved and we need to find a way to make people feel safe in their own homes again.

“We will be forming a neighborhood watch group at the Caves in the near future.”

“I spoke to a juvenile offender (under 18) recently, he was laughing at getting caught,” she said.

“He knew he had a few years before he could be held accountable for his actions, it’s a farce.

“Maybe it’s time to lock these youngsters up at night and use tracking devices.”

Gary Toon wanted to know his legal rights if he catches an offender in his home or on his property.

Police Inspector Burgess said people have a legal right to defend their homes and to protect themselves and their families but advised people to be very careful.

“These people rarely act alone. It would be awful if you ran down the street to grab an offended person only to leave your family at home unprotected,” said Inspector Burgess.

“We’ve seen situations where people have taken matters into their own hands, like recently in Townsville, where a well-intentioned act went horribly wrong and turned into a tragedy.

“Your first priority should always be your safety and the safety of your family.

“Take a deep breath and think about what you are doing and contact the police.”

Following the Yeppoon Community Meeting, The Caves Community will host a community forum on the rise in crime in The Caves on Friday, July 29 at 7pm.