The phone (1) is Nothing’s second foray into the consumer electronics market – the first being the Truly Wireless Stereo Ear (1). And… I’m impressed.

First, the phone feels really solid in the hand – it’s well built, there are no flexes anywhere, yet despite its physical footprint (it’s the size of the iPhone 13 Pro Max), it still feels light and is comfortable to use one-handed . That it looks darn good and feels premium is an added bonus for a phone that plays in the mid-range – the screen and back are protected by Gorilla Glass 5, while the frame is aluminum. The glass makes it grippy and in my 10 days with the phone it showed few smudges.

Despite being a Full HD+ display, the screen is a treat – there have actually been times when I’ve just stared at the screen for minutes. It’s an OLED display and delivers rich colors, deep blacks, and renders sharp videos. But the real champion here is the 120Hz display, which makes the user experience snappy and makes the phone feel very responsive.

The phone (1) also has stereo speakers, wireless charging and reverse charging, so you can use the phone itself as a wireless charger.

As mentioned, the Nothing phone (1) has an OLED display with uniform bezels all around, which is unusual for a phone in this price range – most other phones have a “chin” at the bottom. During the keynote at the phone’s unveiling (1), Carl Pei – the founder of Nothing – explained that they used a flexible OLED panel that allowed them to fold it at the bottom to give the phone a uniform frame.

The display itself is great to look at – colors are vibrant, videos look great and content is rendered well. It’s not an LTPO display, which would have allowed the phone’s screen refresh rate to drop down to 1Hz, but the phone (1) has a variable refresh rate – depending on the content, the device will drop the refresh rate down to 60Hz and increase it to 60Hz when scrolling 120 Hz. The result? A buttery smooth experience.

That’s not to say my experience was flawless. After all, the Nothing phone (1) is a first-generation device from a company that’s only two years old, and there were a few software hiccups here and there, but nothing that detracted from my overall experience.

Nothing said it worked with Qualcomm for a custom Snapdragon 778G+ SoC (system-on-a-chip), and during my use I didn’t feel like I needed the extra performance of a flagship chipset. The processor was more than up to the task, be it gaming, browsing or video streaming.

There was occasional lag or app freezes, but nothing (my first pun) that a software update can’t fix. Also, Nothing had to cut corners to ensure the phone(1) is available at an affordable price, but I doubt many regular users will need more performance than the 778G+ offers. Thanks to software optimization, the phone never once heated up, not at all.

This is one area where I felt let down. The 4,500mAh battery in the Nothing phone (1) is strictly… just okay. Do not get me wrong. I’m a heavy user and would end my day with around 20% in the tank, but I’ll admit I expected a bit more from the phone. That said, I’m someone who always charges the phone at night every day, so it wasn’t really an inconvenience. However, if you’re expecting more than 24 hours of battery life – with around 5-6 hours of screen time, then you might be disappointed.

The Nothing phone (1) comes with dual 50MP rear cameras and a 16MP selfie camera. The camera features are bare bones, but I’ll eat my hat if you use more than the features provided beyond your first month of phone ownership (1). In my experience, fun features only remain a novelty until you get down to the basics of smartphone photography — shooting stills and video.

In this department, Nothing phone (1) offers a decent experience. Photos taken with the main sensor have good detail without over-sharpening, while the 2x zoom and 0.6x ultrawide modes are good but not great. Then again, this is about the experience you’d expect from a phone that costs around Rs 32,000 for the base variant.

The photos this phone takes aren’t bad, but if you expect flagship-level photos from the debut smartphone from a startup, then it’s better to buy a flagship phone that costs exactly twice as much for the least. Check out these photos taken with the Nothing phone (1). A view of the same building with the primary lens. (Image: Vijay Anand) 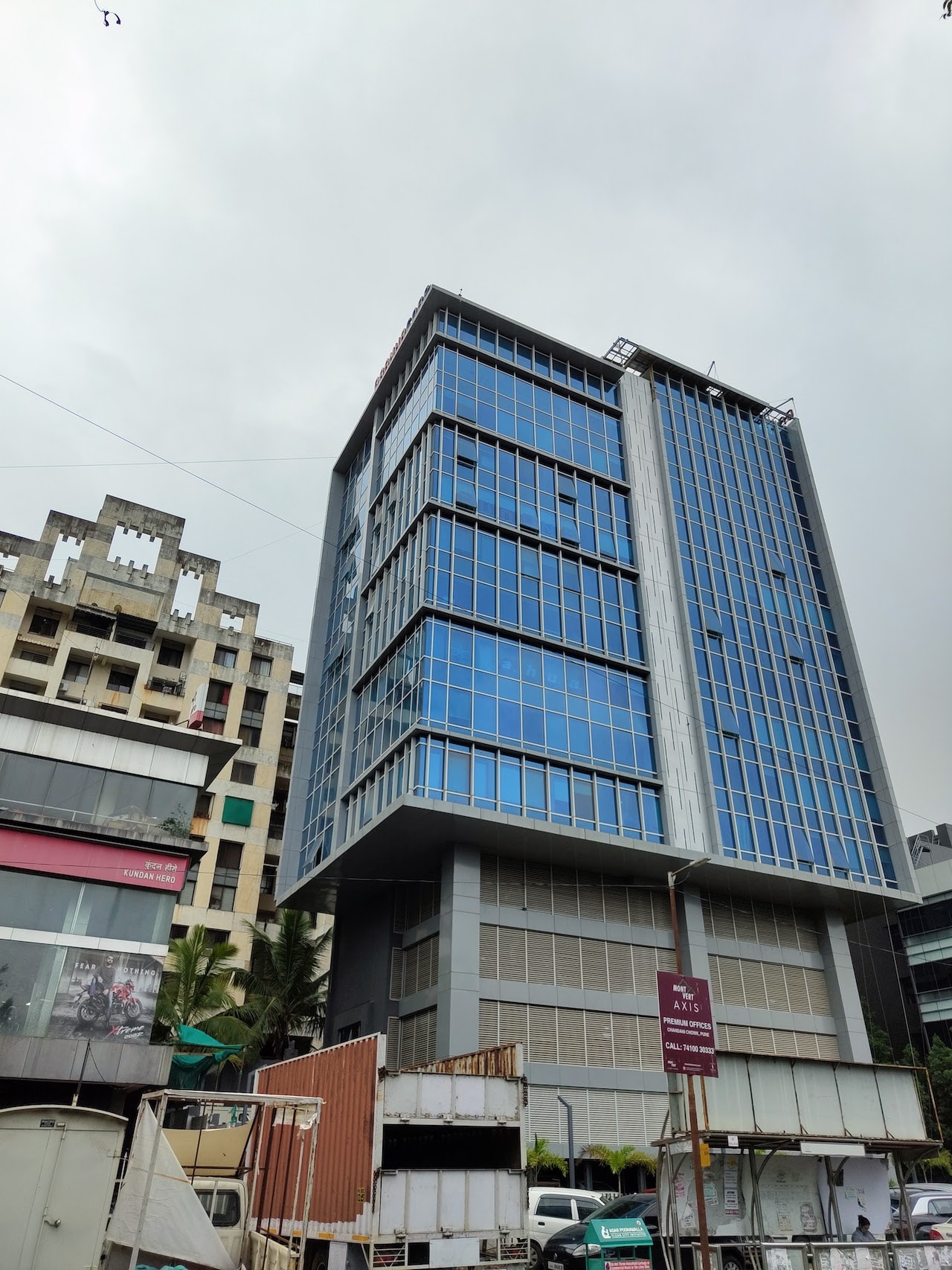 This was taken with the 2x optical zoom lens. (Image: Vijay Anand) 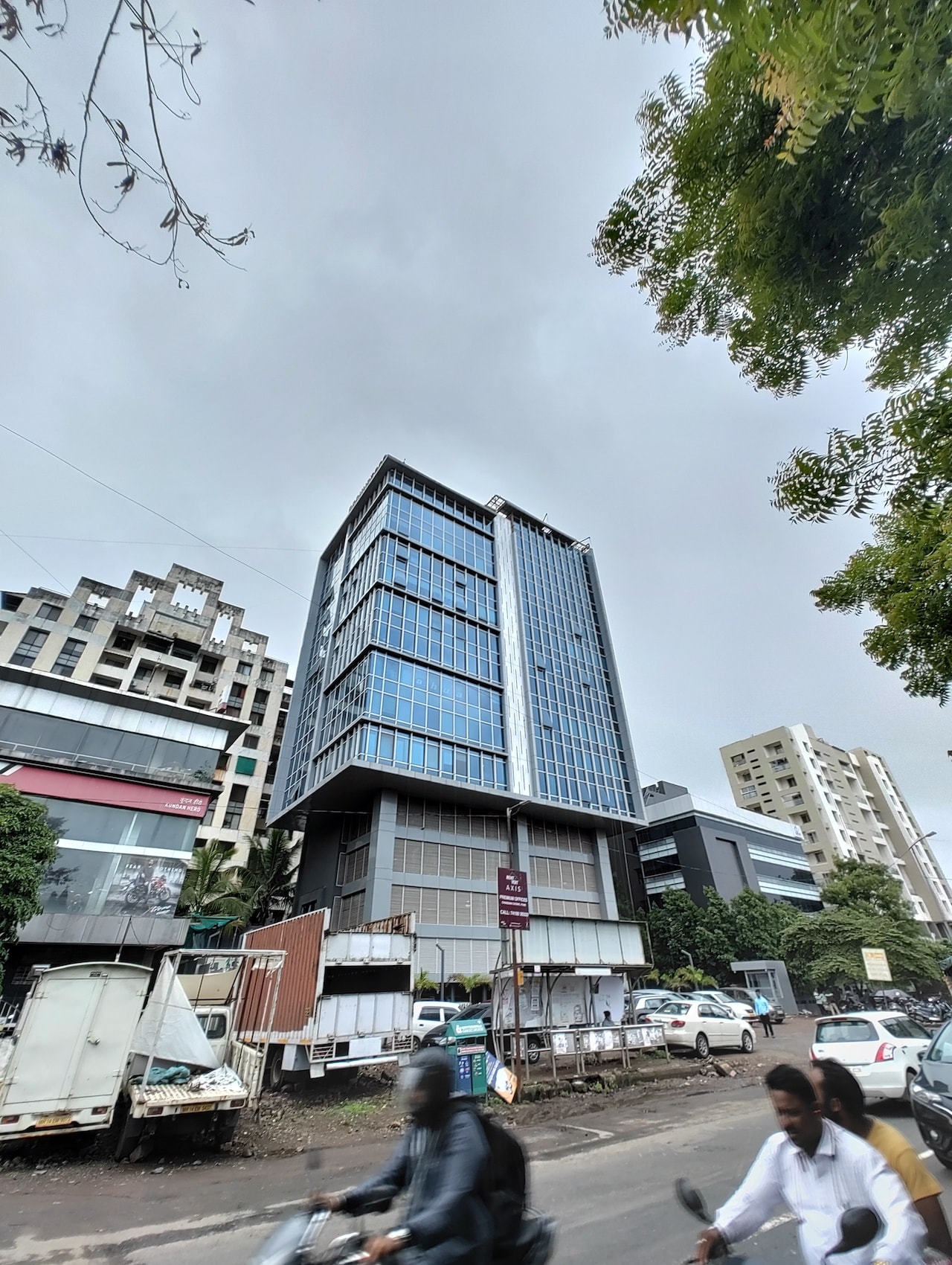 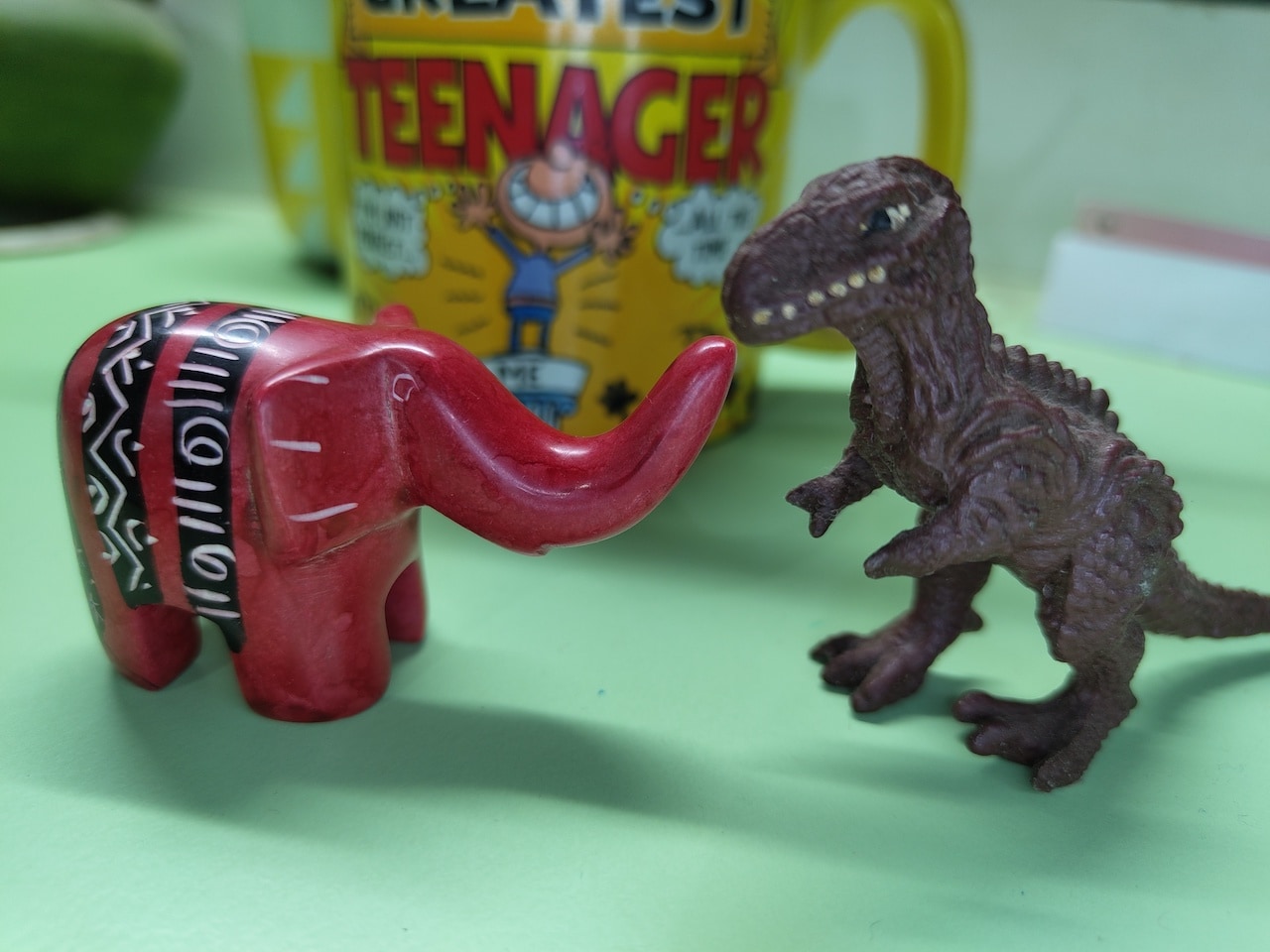 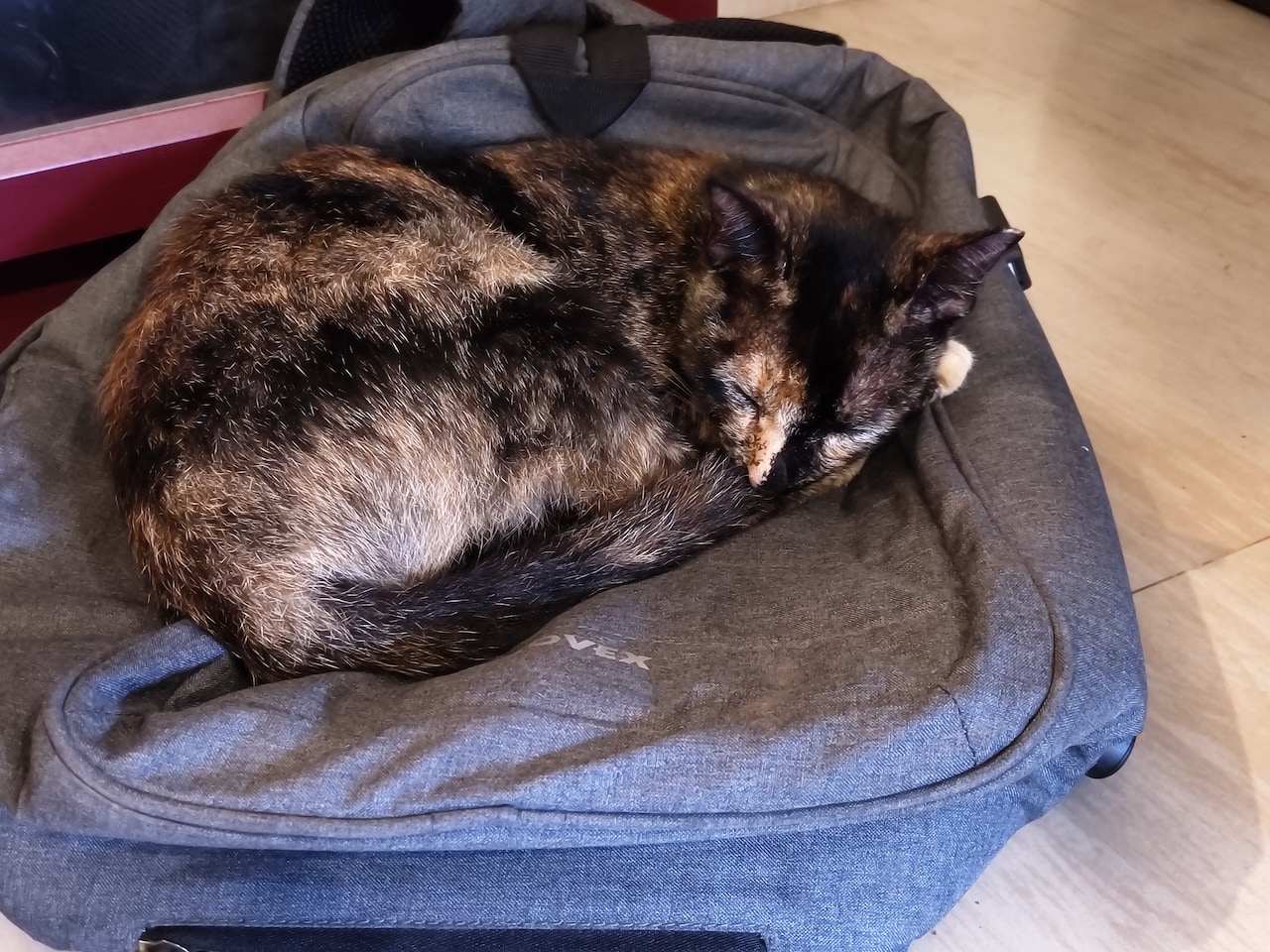 This was the only time I was able to get my cat to sit still. (Image: Vijay Anand)

The Nothing Phone (1) offers an almost stock Android experience with its Nothing OS skin, and that was easily my favorite feature. The software is excellently optimized and I had fun playing with the phone. At least in this respect, Nothing lived up to its motto “Make tech fun again”.

Nothing promises three years of OS updates, starting with Android 13, which is expected to be released later this year, and four years of bi-monthly security patches. Nothing tells me the updates will come in time as the company has partnered with Google. If this continues, expect OS updates at the same time as Google’s own Pixel series.

The phone (1) also has a face unlock feature and an under-screen ultrasonic fingerprint scanner, and both were very responsive and quick over the 10 days I had to spend with the phone – with the occasional wobble.

The phone (1) has stereo speakers – with the earpiece doubles as a second speaker – and the audio is certainly loud, although it lacks the bass-ey punch that other phones, even those in this price range, offer.

The Glyph interface is simply the coolest feature on the Nothing phone (1), the only feature that helps the smartphone stand out from the back. The company has used 900 LEDs in light strips on the back, which can be customized depending on the ringtone or notification alert selected. You can assign different ringtones/notifications to each contact and the LEDs will light up dutifully. However, this feels like a gimmick – how many people put their phones face down on a desk? Certainly not me. Perhaps future iterations of the phone(1) will refine this feature, but the lack of user customization feels like a wasted opportunity – if I could have configured the lights how I wanted then I might have an incentive to check them out the lights are flashing rather than the caller id. The only time I see the Glyph interface as really useful is when you’re using it as a fill light while shooting a low-light subject.

Nothing seems to have taken a leaf out of Apple’s playbook here. And it’s not a bad start. Nothing has made it ridiculously easy to pair Bluetooth accessories like TWS earbuds, especially when it comes to the ear (1). When you pair the ear (1) to the phone for the first time, a very iPhone-like popup will appear at the bottom of the screen to help you pair the earbuds to the phone, and once done you can use the shortcut to access the setting Settings menu – accessed by swiping from top to bottom.

That’s an Easter egg — at least for me: nothing clearly has anything up its sleeve, given how much emphasis the marketing team has on the company’s goal of building an “open” ecosystem.

I’m excited to see what comes out next from Nothing – a smartwatch, smart speakers, laptops or other wearables?

We know nothing, but nothing certainly knows something.

Overall, I’d give the phone an 8/10 – solid for a first phone from a company that’s still in its infancy – and I’d have no hesitation in recommending it to anyone who wants a stock Android experience in a premium looking phone .