Tech giant Apple has warned suppliers shipping from Taiwan to ensure they comply with strict Chinese customs regulations – and banned them from saying “Made in Taiwan”.

The company has urged its suppliers to comply with China’s longstanding rule that anything made in Taiwan must be labeled as either “Taiwan, China” or “Chinese Taipei.”

Tensions in the US and China have risen after House Speaker Nancy Pelosi visited Taiwan despite repeated warnings from the Chinese not to do so, claiming it was a “violation of the one China principle”.

She landed in Taipei earlier this week and was greeted by Foreign Minister Joseph Wu before China’s Foreign Ministry immediately blasted the move, calling it a “serious disregard for China’s strong opposition”.

According to a report by Nikkei Asia, the visit has “stoked fears of rising trade barriers” and made Apple nervous about “potential disruption”.

The iPhone maker has now warned suppliers that the country has started enforcing its strict tariff regulations to ensure they comply to avoid further problems. 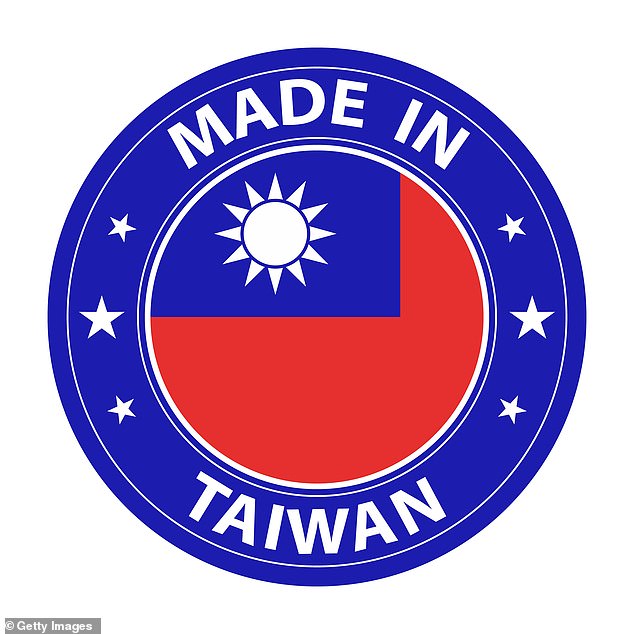 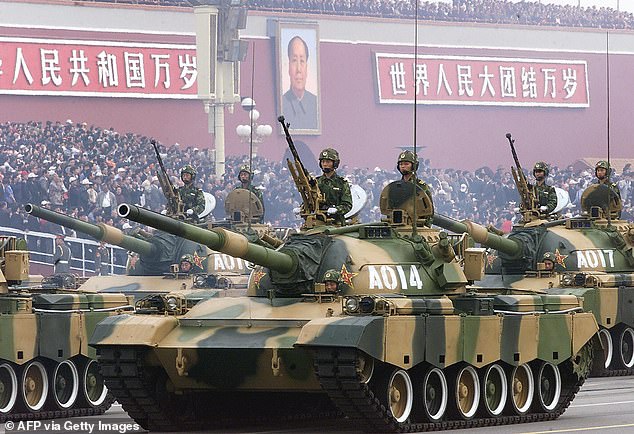 Apple has asked its suppliers to follow China’s longstanding rule that anything made in Taiwan must be labeled as either “Taiwan, China” or “Chinese Taipei.” 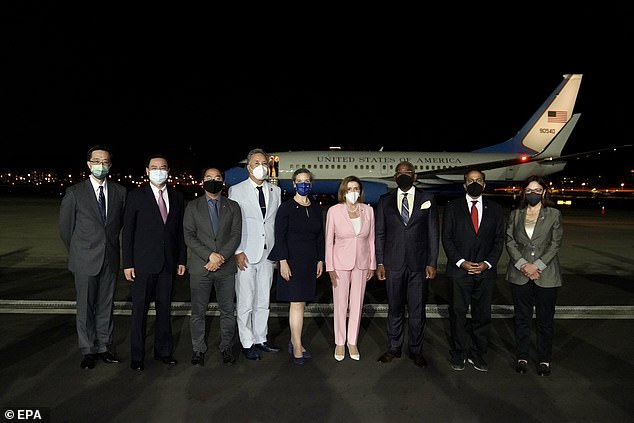 Speaker Nancy Pelosi tweeted a photo of the congressional delegation’s arrival in Taipei, saying, “Our visit reaffirms America’s standing with Taiwan: a resilient, vibrant democracy and our vital partner in the Indo-Pacific.”

Apple’s iPhone assembler Pegatron Corp confirmed its mainland China plant is operating normally, despite claims that its shipments were being held by officials for inspection.

The penalty for violating the rule is a fine of up to 4,000 yuan ($592) or refusal to broadcast, according to the report.

Taiwan is home to the world’s largest computer chip maker, Taiwan Semiconductor Manufacturing Company (TSMC). TSMC’s chips are used in a variety of phones, including the iPhone 13; cars including the Renault Arkana SUV; game consoles including Nintendo Switch and Playstation 5; and smart home devices, including the Revcook Smart Toaster.

TSMC’s influence on microchip production means Apple is heavily dependent on China and Taiwan to make the key component of its phone.

The Information reported last year that Apple CEO Tim Cook inked a five-year, $275 billion deal with China in 2016 to relax strict regulations governing its operations in the country. That deal appears to have been rocked by renewed tensions between China and Taiwan.

Apple did not immediately respond to DailyMail.com’s request for comment.

The company is gearing up to launch the next-generation iPhone later this year, with suppliers ramping up manufacturing efforts for the new phone in September.

It comes after major concerns about the supply were raised in the tech industry due to rising tensions between Taiwan and China.

Apple’s chipmaker, Taiwan Semiconductor Manufacturing Company (TSMC), has warned that a war between Taiwan and China would make “everyone a loser” and trigger economic turmoil. 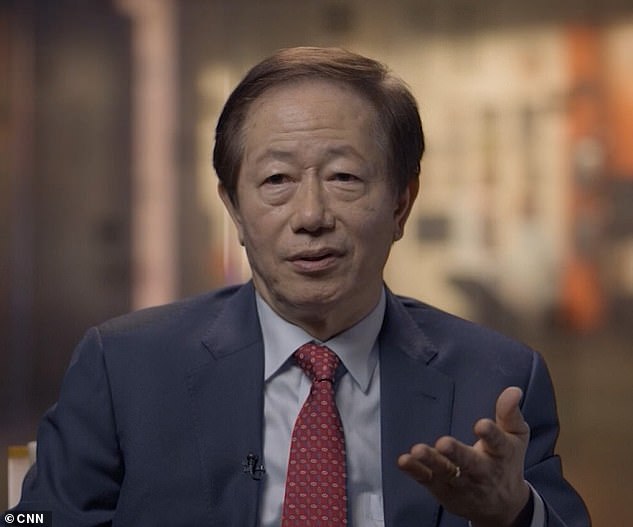 TSMC Chairman Mark Liu, pictured, said earlier this week that the chipmaker’s plant, which is the world’s largest semiconductor maker, would not be able to operate if the Chinese invaded because it cannot operate “by force”. . 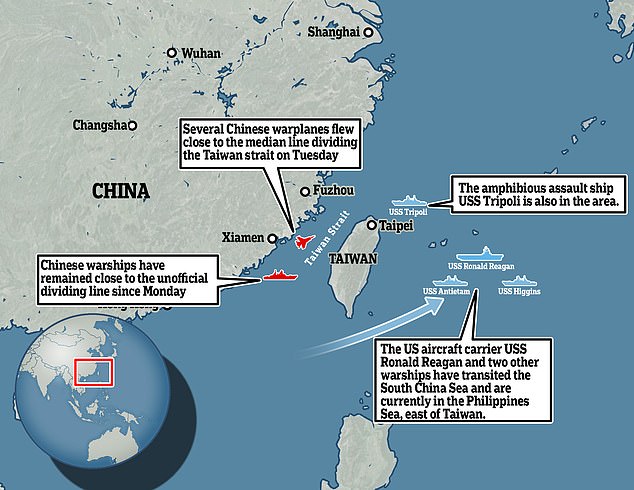 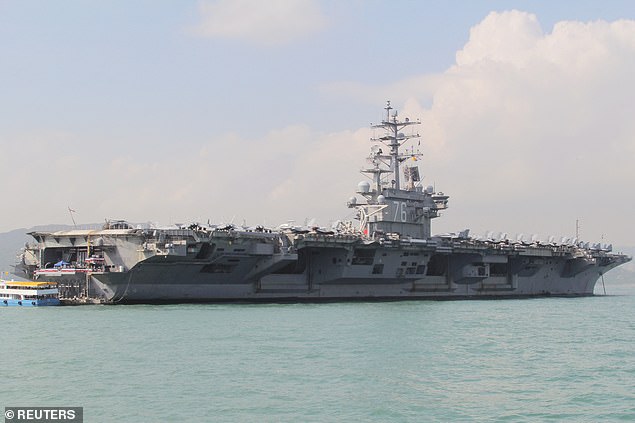 Amid China’s mounting warnings about Pelosi’s visit, four US ships, including the aircraft carrier USS Ronald Reagan (pictured in a file photo), have been positioned in waters east of Taiwan for “routine” operations

TSMC chairman Mark Liu said earlier this week that the chip factory, which is the world’s largest semiconductor maker, would not be able to operate if the Chinese invaded.

He told CNN, “No one can control TSMC by force. If you take a military force or invasion, you will disable the TSMC factory.

“Because this is such a sophisticated manufacturing facility, it depends on real-time connectivity with the outside world, with Europe, with Japan, with the US, for everything from materials to chemicals and spare parts to engineering software and diagnostics.”

He urged Beijing to think twice before taking action, as China accounts for 10 percent of TSMC’s business.

Taiwan manufactured more than 60 percent of the world’s semiconductors last year, and Liu urged all parties to consider ways to avoid wars so the “engine of the world economy can keep humming.”

He added that the lessons of the Russian invasion of Ukraine should be learned as the war there has created a “lose, lose, lose” situation for both the western world and for Russia and Ukraine.